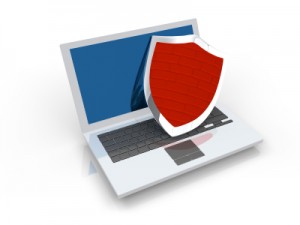 Antivirus helps in avoiding the threats which can cause harm to your computer. Top free and paid antivirus softwares 2012 are listed here.

Avast is a powerful antivirus with built-in Anti-spyware and anti-malware support. It can protect your computer from malicious programs and acts as a secure firewall. It also has spam protection and real-time anti-rootkit protection. The Auto sandbox is another interesting feature of this software.

It also has boot-time scanner feature, which scans your hard disk while booting up to detect any threats. It has a huge number of trusted users today and is considered as best Antivirus software with various features. The Firewall has secure browser protection, Real-time shields and could safeguard your computer from all security threats.

If you have another Antivirus software installed in your system, you can select the compatibility mode so that it does not disrupt the operation of the other. The “AutoSandbox” feature will scan the suspicious programs continuously for any threats and will prevent access to important system resources.

Another best Antivirus for the year 2012 is Avira Antivirus. It is very famous among users owing to its intuitive user-interface and powerful features. Though the free version provides protection against dialers, worms and rootkits you should purchase the paid version in order to complete features. The Premium version is very much useful for people that use email communication often since it has anti-phishing feature. You can use this feature to protect yourself from email scams and phishing websites. You can download a free 30-day trial and if you are satisfied you can purchase the full-version. It has Webguard protection, anti-phishing and other security features like Firewall to protect your computer from malicious websites. The Anti-drive feature will protect from viruses when you browse through dangerous websites. There is an AntiVir Proactive feature which will study the patterns of various programs and detect malicious applications.

Avira Antivirus Personal Edition is rated as the best Antivirus software and includes several features like MailGuard for protection against spam mails, Web Guard Protection to safeguard from malicious websites and AntiDrive to protect your system from downloading malicious viruses or Trojans. If you are always connected to the internet, then this Antivirus program is the best choice for you.

Panda Cloud is popular free Antivirus software which gets automatic updates from the cloud. There is virus quarantine which keeps scanning the files which users download and checks for any threats. It has an intuitive user-interface which includes menus for different types of scans and easy access to quarantined files. Panda Cloud antivirus is known for its various security features and light-weight nature since it does not consume much CPU resources like other Antivirus programs.

AVG has been a popular and powerful Antivirus for many years and it has a huge database of common virus signatures. One complaint among AVG users is that it consumes lot of CPU resource but still it is very powerful in protecting the Desktop from malicious software. The virus signatures get updated frequently and hence it’s very secure. The latest edition includes 10 different components for protection against malware, spyware, phishing, scam, Trojan, rootkits etc. It quarantines the programs and conducts schedules checks on your hard disk to detect any threats.

Norton Antivirus from Symantec is also very famous and trusted Antivirus program in the market for long time. The new edition will indicate the CPU usage by Norton and you can turn of certain features if you don’t want your CPU resources to get hogged. The latest Norton 360 edition costs 79.99 dollars and includes license for three systems. The Norton real-time protection feature continuously scans the system for malware and spyware threats. There is a new feature called power Eraser which clears the viruses and malware from your PC. It has a huge database of well-known virus signatures and you can get frequent updates which helps you to keep your system secure.