Smartphones are fashion statement for the youth now a days. So here are the most anticipated Smartphones of 2012.

The mobile market has changed drastically over the recent years. If the technology of the mobile phone keeps on developing at the current rate, mobiles will be able to substitute personal computers in a couple of years. This year we saw a lot of new mobile phones with newer, faster and more amazing technologies. Let’s see which mobile phones are awaited to be launched in 2012 and what all features will they carry. 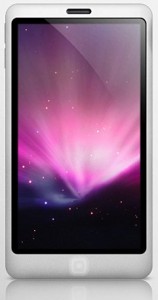 This will undoubtedly be the most anticipated mobile phone of 2012. Though the iPhone 4S was a pretty refurbished version of iPhone 4, even then, only a few improvements like an 8MP camera and Siri were not able to convince the world’s hunger for technology. Most people were disappointed to see the iPhone “4S” when they expected to see the iPhone “5”. People want the iPhone 5 to be totally different from the iPhone 4S.

As there are no updates about what new features the iPhone 5 will carry, we can only tell you what to expect from it. The iPhone 5 will be having an entirely new design and not just a refinement of the 4S’s design. It will have a metal back. It will also have a larger screen of around 4.3” with a resolution of 720 x 1280 pixels.

The aspect ratio will also change which will result in the screen being a bit wider. It is also possible that the screen used in the iPhone 5 will also be curved, like the ones we have already seen on the Galaxy Nexus. Word is that Sony might be the manufacturer of these screens this time. Though the camera will be the same 8MP one as we saw in the iPhone 4S.

It also might turn up that this iPhone 5 will have a Quad core A6 chip with Nvidia’s Tegra 3 processors. A lot of quad core processor phones are already scheduled to be launched in 2012, so Apple wouldn’t want to lag behind. The iPhone 5 would also have 4G LTE support. Featuring iOS 5 and iCloud, the iPhone 5 will also have NFC support. Software updates will be over the air and you’ll just receive the changed features of the OS rather than the old, full 600MB downloads.

These are just the features which are being expected to be included in the iPhone 5. iPhone 5 is rumored to be launched in June 2012. Till then, keep checking our websites for further updates on specifications and features. Samsung Galaxy S III will be sporting a quad core 1.8 Ghz Exynos 4412 chip, instead of Nvidia’s Tegra 3. Samsung has decided to go with the Exynos because it is a 32nm chip with 50% greater graphics performance and 30% less power consumption then its older sibling, the Exynos 4410 which featured in the Samsung Galaxy S2.

Galaxy S III will also carry a graphics chip which would be 500 times faster than the Mali-400 MP chip found on the Galaxy S II. Apart from this the Galaxy S III is rumoured to have 2 GB RAM. It is going to run on the Android 4.0 ICS unless Google rolls out a newer 4.1 or 4.2 update.

The Screen of the Galaxy S III will be a heartthrob. This time it will be 4.6 inch, 720 x 1280 pixels HD FOLED(Flexible Organic Light Emitting Diode) curved screen. The 12MP camera of the phone will also be a novelty in itself. The camera is rumoured to have a 1/2.3-inch sensor which will allow the phone to take amazing pictures without even using the flash.

Samsung Galaxy S III will not be launched before the third quarter of 2012 because the Galaxy S II and Galaxy Nexus are selling like crazy as of now. So Samsung will launch it only after other companies release their products like the much awaited iPhone 5 and the HTC Edge. HTC Edge will be HTC’s first phone with a quad-core processor and also might the first quad core phone to launch in the market. It will be having a 1.5GHz Nvidia’s Tegra 3 processor with 1GB of RAM, 32GB of internal memory and will be running Android 4.0 ICS with the HTC Sense UI. It will have a 4.7 inch screen with a resolution of 720 x 1280 pixels.

Some exciting features include HSDPA speeds of up to 21MBps and Bluetooth 4.0. It will have an 8MP camera with support of 1080p HD video recording. An LTE enabled version of this phone might also be launched in 2012. Along with this phone, HTC might also bring in a new range of HTC specific services. 2012 will not only be the year of launch of quad-core Androids only, some Windows Phone  smart phones might also turn up the heat. One such anticipated launch will be of Nokia’s latest Lumia series phone,the Lumia 900. The Nokia Lumia 900 will run Windows Phone 8 Apollo OS, on a Snapdragon chipset, featuring a single-core 1.4GHz CPU and 1GB of RAM.

It will have a large 4.3-inch AMOLED screen with ClearBack technology. It will also feature an 8MP camera with Carl Zeiss optics. This phone will also feature NFC, Wi-Fi 802.11 b/g/n, Bluetooth 4.0  and will come in two models with a choice of internal memory of 16GB or 32GB.

HTC has also got a few more phones lined up for the next year. These include the HTC Elite, a 4G LTE Windows Phone and  HTC Fireball. The HTC Elite, sporting Android ICS 4.0, will be launched in February 2012. Apart from this the phone will have a Quad-Core Processor and will also feature Beats Audio from the Dr. Dre’s Audio Company. HTC Elite will be sold under the name Congressional in the United States.

It will remain HTC’s flagship for the Android segment while the Windows Phone segment will get a new phone having 4G LTE capabilities. Nothing much is known about this Windows Phone, all we know is that it will share much of the specifications of HTC Titan, but with a superior processor. Apart from these phones HTC might also bring up a few other phone in the later half of 2012.