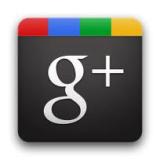 This article is about to tell you that google plus iphone app at itunes store.

Well, what we wrote about sometime back is finally here: The official Google Plus iPhone App has finally made its way to App store so if you’ve an iPhone and want to have a native iPhone app for using Google Plus then this is your news of the day.

While Chrome users were still having some fun with cool Google Plus Chrome extensions and so do the Android users as native Android app for Google+ was made available via Android Market since day one of Google+ launch but iPhone users were put on wait for some reason.

We all know how Apple scrutinizes app approvals and when the app is Google’s own Social networking app then approval had to take some time at least. But now, things are appearing much more resolved as Google’s native iPhone app stands approved without objections from Apple.

Call it the result of Apple’s increasing distancing from Facebook(or its rumored plan of independently competing App store model) or just to keep iPhone users happy with Google’s official Plus app, Google Plus is now available on the most popular smartphone in the world.