Coffee chain major Starbucks has joined the growing chorus around racism, after the company announced on Sunday that it will no longer advertise on the social media. With this announcement, Starbucks has now joined rapidly increasing list of big corporates that have banned advertisements on social media platforms for their racist contents. The coffee chain major, however, said that it will continue to update posts on all social media channels and will also exclude Youtube from this ban.

From 2020, iPhone boxes won’t be all that heavy weighted

Facebook is planning to launch dark mode for mobiles After launching a dark mode feature for desktops, Facebook is now planning to bring the handy feature for its mobile users. Known for making browsing easy in the low light environment, Facebook is reportedly already running a small pilot project for ‘dark mode’ feature on a small scale basis. The ‘night mode’ feature is already integrated in Facebook’s other platforms like Instagram, Whatsapp and Messenger. 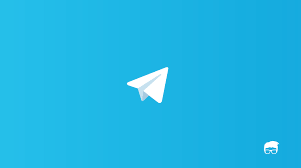 Telegram’s long-drawn battle with SEC has finally come to an end, with the former reportedly agreeing to pay $18.5 Mn to the latter and $1.2 Bn fine to the investors. Following this development, Telegram’s (which is best known for its instant messaging app) ICO experiment to raise capital has decisively proved to be a costly blunder. Telegram got loggerheads with the SEC in October last year after it raised funds in the capital market through token offerings.