Have you ever wondered whether Artificial intelligence can be applied in health care like diagnosis of cancers and other serious diseases? Infervision is one such technology start-up that has made a breakthrough in this area by applying deep learning algorithms for analysis of CT scans to detect lung cancer.

Infervision, a Chinese start-up founded by Chen Kuan in 2015 has developed AI algorithms which can detect early signs of lung cancer by reading X-ray images and CT scans. This high-tech AI start-up based out of Beijing has been using computer vision and deep learning technology to help doctors in the early diagnosis of lung cancer.

Lung cancers are very common in China and it’s estimated that approximately 600,000 people die every year in China due to this lethal disease. China being a chain-smoking-prone and pollution-choked country, lung cancer has been the leading cause of death and the number of cases is expected to increase by 800,000 in 2020. With the situation getting worse, the China’s state department is expected to closely monitor and report on the spread of cancer in different regions. Also, due to lack of access to quality healthcare facilities, many cases go undetected till it gets too late. 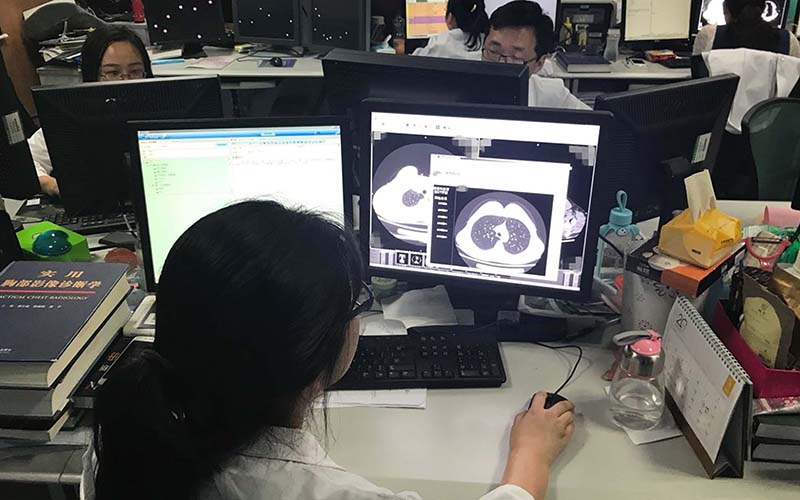 How it all started?

Chef Kaun, the founder was pursuing a dual doctoral degree in economics and politics at the University of Chicago in 2012. His degree focused on intelligent modelling and financial modelling which also introduced him to machine learning technology. Kuan’s aunt was one among thousands of people in China whose lung cancer went undiagnosed due to lack of quality health care in her local hospital in Mianyang, a city in Sichuan province of china with a popular of 5.4 million.  Similarly, there are so many incidents where early signs of cancer are not diagnosed correctly.

Kuan feels that there are not enough radiologists and qualified doctors to handle the huge number of cases. The doctors have to serve numerous patients on a day-to-day basis and they might not be able to provide the best quality healthcare to all of them. In order to find a solution to this serious problem, he founded Infervision in 2015 along with his other friends who were interested in the applications of artificial intelligence and deep learning. He gave a lecture about the applications of deep learning and computer vision in the field of medical science and his idea received a lot of interest from the radiologists in the country which motivated him to start Infervision.

Their main product is AI-CT which is an intelligent CT assisted diagnosis tool to detect early stages of lung cancer by analysing a sequence of CT scan images and looking for suspected cancer features. They have another product AI-DR which can identify more than 20 different cardiothoracic lesions by analysing X-ray images.  Infervision has also developed a product named AI-scholar which is an intelligent deep learning research platform that integrates the power of GPU computing with the depth of learning core algorithms and functions.  This product has more than fifty deep learning algorithms which can operate more than 100 high-definition medical imaging Dicom data per second. 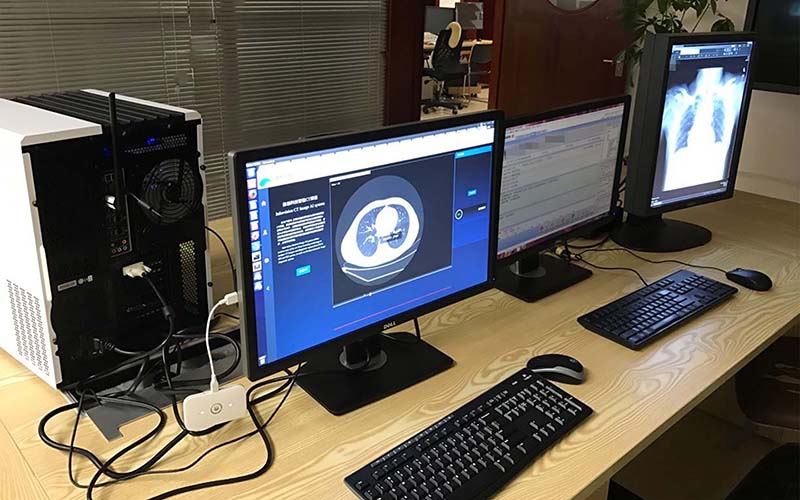 Kuan says that his products AI-DR (Intelligent X-ray Assisted Diagnosis) and AI-CT (Intelligent CT assisted diagnosis) are already being used by 4 of the biggest hospitals in China. The hospitals which are testing it out currently include Tongji Medical College of HUST in Wuhan, Dalian Zhongshan hospital and Shanghai Changzheng Hospital located in the Shanghai province.  They have already installed this technology across all their doctor’s machines in the above hospitals and they are trying it out to see the performance and efficiency of these products in detecting cancer signs. Though AI is still in its infancy when it comes to healthcare, the idea is gradually spreading and we may see a lot of such applications in the future.

The company is currently backed by investors like Sequoia Capital China which is China’s leading venture capital firm and is one of the forerunners of the GPU Tech Conference which is sponsored and organised by the chip maker Nvidia Corporation. The digital infrastructure in Chinese hospitals after the SARS outbreak in 2003 has been really helpful for the company’s growth. They have already processed more than 100,000 X-rays and CT scans since their inception. They are also working with other technology companies like Nvidia, Cisco and GE healthcare to enhance and perfect their AI technology for more accurate detection of cancers.