Bondaholic? You NEED These Spy Gadgets

“The stork flies over Krakow tonight”, mutters the old man next to you on the park bench. Looking at him through a hole in your newspaper, you’re certain – he’s the contact. You furtively pass him the briefcase and depart.

But, just as you turn your back on the old guy, you see his reflection in the eyes of a passer-by as he raises a knife in attack. With the debonair ease of a man who’s seen all this before, you turn your Walther PPK around and aim for your target. And then you wake up, your arm raised in bed, as your girlfriend stares at you in alarm and bewilderment. Yeah, you might want to remedy your Bond fixation with a few of these impressive spy gadgets. 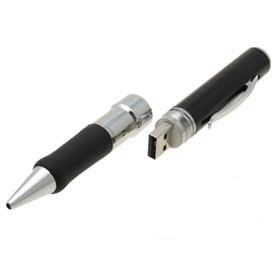 The Man with the Listening Pen

If you’re the type of suave double agent who keeps a pen in their pocket, then this is the ultimate gadget for you. A voice recording pen essentially does what it says on the tin, allowing you to covertly record conversations at the click of a nib.

Whether you’re rendezvousing with a KGB operative, listening in as Blofeld divulges his master plan or simply proving to your girlfriend that you did say to meet at Starbucks, not Costa, it’s a must-have for any would-be operative.

Q must be a bit peeved that he didn’t come up with Google Glass, the latest optical wonders to make waves in the press.

Essentially a pair of internet glasses, the Glass allows you to take photos in the literal blink of an eye, search for someone’s name as you speak to them (great for when conversation topics are running dry) and watch videos on the go.

It’s not a device without its detractors, though. Some have claimed the Glass’s always-on functionality will lead our already dwindling attention span to its death knell, while many have raised quite a few ethical questions about a product with the ability to secretly record conversations.

Either way, the Glass is great for any of you budding spies out there.

Have you ever stared into the inky blackness of the night and wanted to see more? Well, ignoring your obvious lack of a hobby, there are a ton of night vision goggles on offer for those of you looking to make like the SAS and see in the dark.

The finest will set you back a few hundred pounds, but even cheaper variants of the goggles will let you see without a hassle. Just make sure you don’t use them for questionable ends.