Barely 24 hours from now, India’s Union Finance minister will unveil the budget for the financial year 2020-21 and expectedly the budget has already caused lot of anticipation in the Indian startup industry. Although the startup industry greets every budget with great sense of hope, this time the eagerness is more palpable due to concerns arising out of possible effects of the ongoing economic slowdown.

Indian startups have a long wish list from this year’s budget and it will be desperately hoping that Nirmala Sitharaman will be tick marking at least some important wishes on coming Saturday. Few of these important wishes pertain to contentious taxation issues, which many industry believes that if left unresolved then they can adversely impact the long term growth of the entire Indian startup industry. Simultaneously, startup entrepreneurs are hoping that the finance minister will be announcing some bold measures that can help the industry taking great stride forward in the coming years.

This special article seeks to look in great detail into these critical expectations that the industry nurses from the upcoming budget.

No one loves getting taxed, more so the startup industry that remains as vulnerable as ever before; especially with the industry currently facing severe liquidity crunch due to the ongoing economic slowdown. Indian startups are desperately hoping that this budget offers at least some respite on the front of LTCG and ESOP taxation policies – unarguably two of the most contentious taxation issues currently confronting the industry.

LTCG Tax: Last year Nirmala sitharaman announced a partial roll back on LTCG Tax for the listed companies but the announcement failed to cheer up the startup industry. This is because the finance minister did not extend any respite to unlisted companies, with investors in the unlisted companies compelled to pay 28% LTCG on their capital gains.

Investment community is clearly miffed that they are subjected to such high taxations, when they are actually the lifeline and savior of the cash strapped startup industry. If the high LTCG surcharge isn’t roll backed then it may also adversely impact the already subdued funding scenario.

Rolling back of LTCG is also critical, considering that most startups (including unicorn startups) come under unlisted firms.

ESOP Taxation Issues: For most startups employee stock ownership plan or ESOP has served as a great tool to attract talent and effectively address the staff attrition problem. But on this front as well, the startup industry finds itself on loggerhead with the government, with the government imposing dual taxation on ESOP. As per the current dual taxation rule, employees not only have to pay the tax when they redeem their ESOPs but also when they sign up ESOPs with a vesting schedule.

Mr. Vaibhav Gupta, Co-Founder, Rein Games said “ESOP taxation policies are something that startups can significantly benefit from. ESOPs are the single most important tools that cash strapped startups can use to attract talent with the right commitment and mindset. However, the tax implications at the time of exercising these ESOPs make them lose their shine significantly. Taxing ESOPs at the time of liquidation event, which is when the true worth of ESOP can be assessed is not only fair but can also help serve the purpose ESOPs are meant for.”

While it is really great that India is continuously improving itself in the ease-of-doing-business index, it will be really nice if this can also help startups in simplifying the fundraising exercise. But the fact remains that even today startups have to go through harrowing times while raising funds, with startups having to submit scores of documents to multiple authorities.

The launch of 4G and Jio services gave a massive impetus to the growth of tech startups. With the data becoming unimaginably cheap after Reliance jio’s launch, many tech startups saw their market share and consumer base growing at a sporadic pace. The startup now has the same expectations from the upcoming launch of 5G spectrum. But these expectations have become muted and subdued in recent weeks, after government hinting that the 5G spectrum auction may be delayed due to AGR controversy.

“The current AGR imbroglio with the Telcos will delay the auction of 5G spectrum as they are all, barring one, scrambling for money. This delay will seriously affect Modi’s” Digital India” dream,” said Shakir Ebrahim of of GoBisbo Broadcasting Network.

To know about auto sector’s expectation from the upcoming budget, Techpluto got in touch with GoMechanic – one of the leading players in the online auto workshop sector. GoMechanic had recently got funding from Chiratae Ventures and Sequoia Capital in a series B round.

Here is what Mr. Sudhir Sharma, VP – Finance & Corporate Development, GoMechanic, said about his hope from the upcoming budget.

“The Auto service sector is still split between Authorized Brand Workshops and small unregulated neighborhood workshops. There is huge potential to attract capital to consolidate the space with standardized workshops offering multi-brand services under one roof. To this effect, the Union Budget can create avenues for easier access to capital and also simplify the lending procedures for fund availability for entrepreneurs to upgrade their workshop equipment. A single GST rate on services and consumables will also come in handy.” 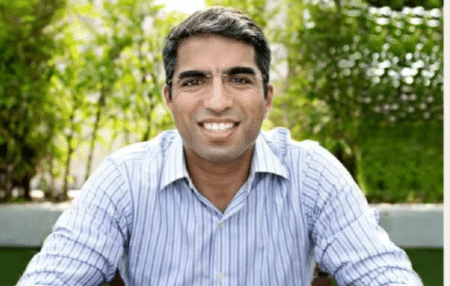 Sequoia Capital is the most successful unicorn investor of 2021: Report