Google Hit by Outage across the World

Google hit by outage across the world World’s most popular search engine Google was hit by a major outage on Monday morning, according to DownDetector. In the U.S. alone, nearly 40,000 people had problems in accessing Google. Internet users in Singapore, United Kingdom and Singapore also reported problems in accessing Google. However, it is still not known whether Google’s other services like Gmail and YouTube were also affected not. As far as India is concerned, India largely remained unaffected by this outage. Last time, Google face major outage in December 2020. Back then the outage had impacted millions of neitzens across the world.

Japanese tech and investment giant SoftBank has offloaded its entire stake in the ride hailing company Uber. However, SoftBank did not disclose exactly how much amount it was able to raise through this stake sale. This information became public exactly a day after Softbank’s technology investment arm SoftBank’s Vision Fund reported a massive loss of $21.68 Bn for the June quarter. The Japanese tech giant had invested in Uber in 2018 and again in 2019 and at one point was its largest stakeholder. SoftBank has also invested in scores of high-profile Indian startups that are yet to turn profitable. This includes the likes of Ola, Oyo rooms and Paytm.

In a big win for Chinese internet giant Baidu, the company has been granted a license to operate fully driverless robotaxi services in two Chinese cities – Wuhan and Chongqing. With this Baidu has become the first company in China that has been granted the permission to offer driverless taxi services without any human intervention. If this experiment is successful then Baidu may soon expand its services to other Chinese cities. Although driverless technology is still very much in its infancy, many top companies including Google, Uber and Tesla are spending millions on this technology. Even tech giant Apple is secretly working on a self-driving electric car.

Whatsapp is working on login approval feature to prevent hacking

It seems Whatsapp is nowadays in the mood to test a lot of new features. As per the latest report, the meta owned platform is a beta testing a new log-in approval feature that will add an extra-layer of security to the platform. This means Whatsapp will instantly send an alert to you when a new person or an unknown device tries to login to your account. Whatsapp Users then obviously have the choice to allow or deny the log in attempts. The main purpose of beta testing this feature is keep hackers at bay. Despite continuously adding security updates, hackers still poses a huge threat to the Meta owned platform. 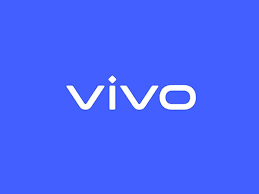