Here are the top trending stories from the world of technology. Stories that we feel every technology enthusiast should keep a tab on.

Ashneer Grover, who became a national obsession for his dramatic departure from BharatPe, has mocked WhatsApp Pay as the “biggest tech product failure in India.” Grover on Tuesday tweeted on his Twitter timeline that “Everyone has WhatsApp on their phone – sending money on WA using UPI is as easy as sending pic. It should have beaten Paytm, PhonePe and Google Pay.” Grover’s tweet came on the sidelines of WhatsApp India head Abhijit Bose’s resignation on Tuesday. Many analysts have now claimed that WhatsApp Pay has all but given up on its ambition to make a serious dent in India’s UPI market. YouTube’s TikTok alternative YouTube Shorts will soon integrate shopping feature on its platform that will allow users to make online purchase as they scroll their feeds. YouTube Shorts has copied this feature from its arch-rival TikTok. However, this feature will be initially available in testing phase and rolled out in the beginning of the next year for limited users in the U.S, Canada, Australia, Brazil and India. The platform said that it will share 45% of the ad revenue with the creators once the feature is launched. If this feature resonates with the users then YouTube Shorts will expand this feature to other countries.

In a first, Amazon launches Virtual Healthcare Clinic in U.S. 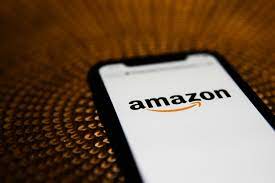 Making a decisive foray into online healthcare, Amazon has launched Amazon Clinic – its virtual healthcare provider –  in nearly 32 states in the United States. Amazon Clinic will allow users to get online help and order medications for more than 20 health conditions. These condition includes acne, hair loss, various types of allergies and many other problems. Amazon Clinic has hired scores of licensed clinicians across the U.S. for providing virtual healthcare service. The e-commerce giant has launched this service at a time when the company has just announced its biggest ever mass layoff in its history.

Apple may use US-made Chips Starting in 2024

According to Bloomberg, Apple is planning to source chips from manufacturing plants operating within the U.S. in the next couple of years. This idea is been reportedly strongly supported by Apple’s CEO Tim Cook who wants seriously reduce Apple’s dependency on chips outsources from the Asian market, mainly Taiwan. Currently, the tech giant sources nearly 60%-70% of its chips from Taiwanese third party chip manufacturer TSMC. TSMC, by the way, is itself planning to building a manufacturing plant in the Arizona state.

Mark  Zuckerberg’s Meta is certainly going through testing times. As much as Meta has been in pressure as the hype around Metaverse wanes, the company has started losing on key talents in India – one of the key markets for the social media giant. On Tuesday, the Zuckerberg led company announced that Meta’s India lead for public policy Rajiv Aggarwal and WhatsApp’s India head Abhijit Bose have resigned. Their resignation has come almost a week after Meta India head Ajit Mohan also put down his papers. Barely couple of day back, Meta announced a mass layoff as part of its cost- cutting in the wake of ongoing economic recission and tough forecast for the company.